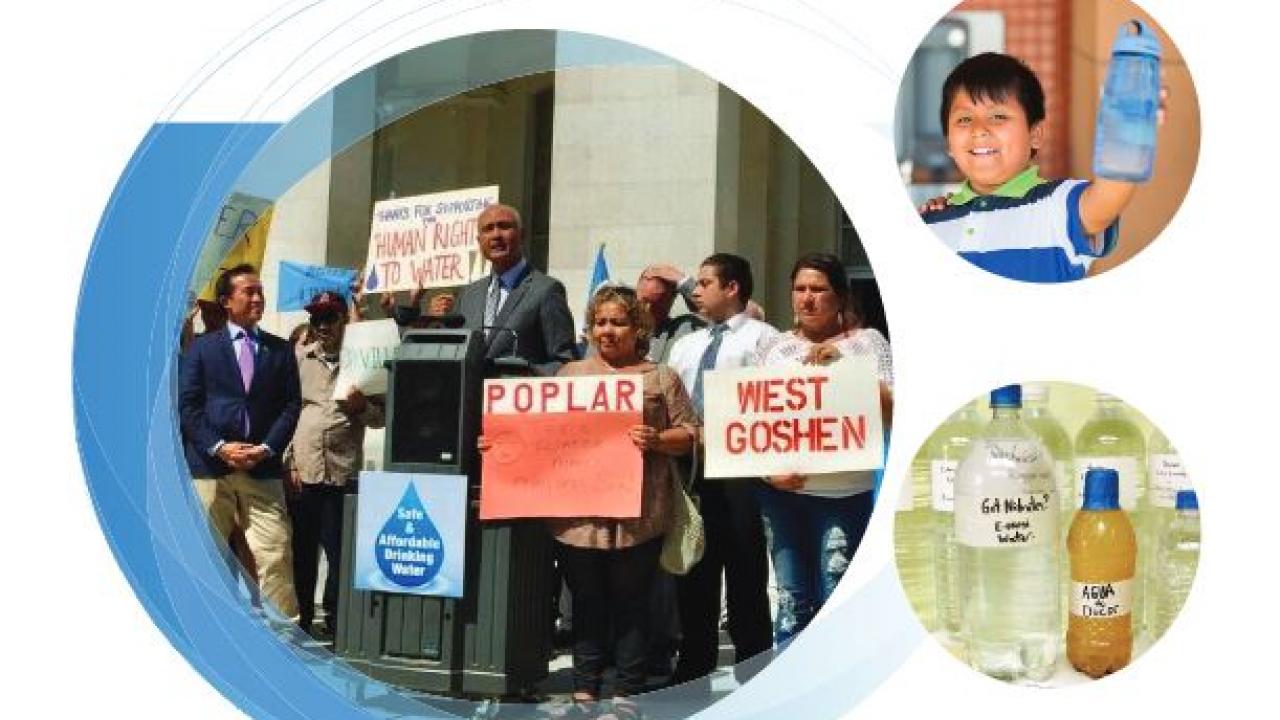 On June 1, 2018, the Sacramento Bee cited the CRC's 2018 report "The Struggle for Water Justice in California's San Joaquin Valley: A Focus on Disadvantaged Unincorporated Communities."  The article, "360,000 Californians have unsafe water. Are you one of them?" speaks to the estimated 360,000 Californians served by water systems with unsafe drinking water.

Researchers at UC Davis who have studied the problem say unsafe drinking water goes hand-in-hand with another San Joaquin Valley issue: poverty.  Farmworkers and other rural residents generally live in isolated, unincorporated communities served by water districts that lack the resources and expertise to address contamination.

UC Davis professor Jonathan London, lead author of the study, said the prevalence of underfunded water providers is partly a legacy of the Valley's historical development, which segregated Latino workers in farm-labor camps or isolated communities, usually cut off from city services.

"There are so many of these disadvantaged unincorporated communities, and the water districts have sort of followed," London said.  READ MORE

This report was made possible with generous funding from the Water Foundation and Resources Legacy Fund, the active partnership of several water justice organizations, and members of the UC Davis Center for Regional Change with Jonathan London as the principal investigator.