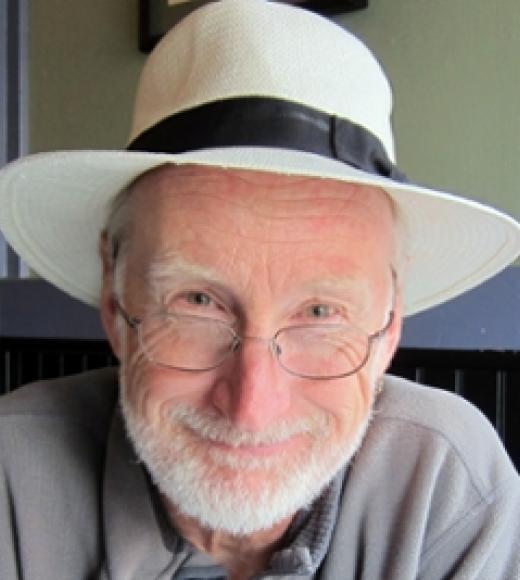 Steve Wheeler is a Professor in the Landscape Architecture Program of the Department of Human Ecology at U.C. Davis. Prior to 2007 he taught in Community and Regional Planning Program at the University of New Mexico, and in the Department of City and Regional Planning at U.C. Berkeley, where he received his Master of City Planning and Ph.D. degrees. He received his bachelor's degree from Dartmouth College.

One goal of climate adaptation efforts worldwide has been to cool cities and reduce urban heat island (UHI) effects. Such steps can improve human comfort, protect human health, reduce energy use, and lessen thermal disparities between different population groups. However, cooling strategies for dryland cities will likely be different from those for wetter, temperate cities. Little water is available in the former locations to irrigate vegetation, and other characteristics such as humidity, latitude, cloud cover, and degree of heating are often different too. Since desert landscapes heat and cool more rapidly than cities, arid cities are often cooler during the daytime than surrounding landscapes (a reverse UHI), and hotter at night. But high and rising temperatures are nonetheless a major problem for these urban regions in the era of climate change.

Supported by a Diamond Developers grant through the U.C. Davis-Arab Region consortium, I have worked with Prof. Yaser Abunnasr at the American University of Beirut and Geography doctoral candidate John Dialesandro to investigate how urban regions in dryland locations might best be cooled through vegetation, built form, and use of heat-reflecting materials. We have surveyed the international literature on the topic, done a comparative study of day and nighttime heating dynamics for 10 dryland metropolitan regions worldwide, and conducted on-the-ground research in Dubai. Additional work with Prof. Noli Brazil is comparing day and nighttime heating with neighborhood demographics for 20 southwestern U.S. metro regions, to assess social justice dimensions of urban heating.