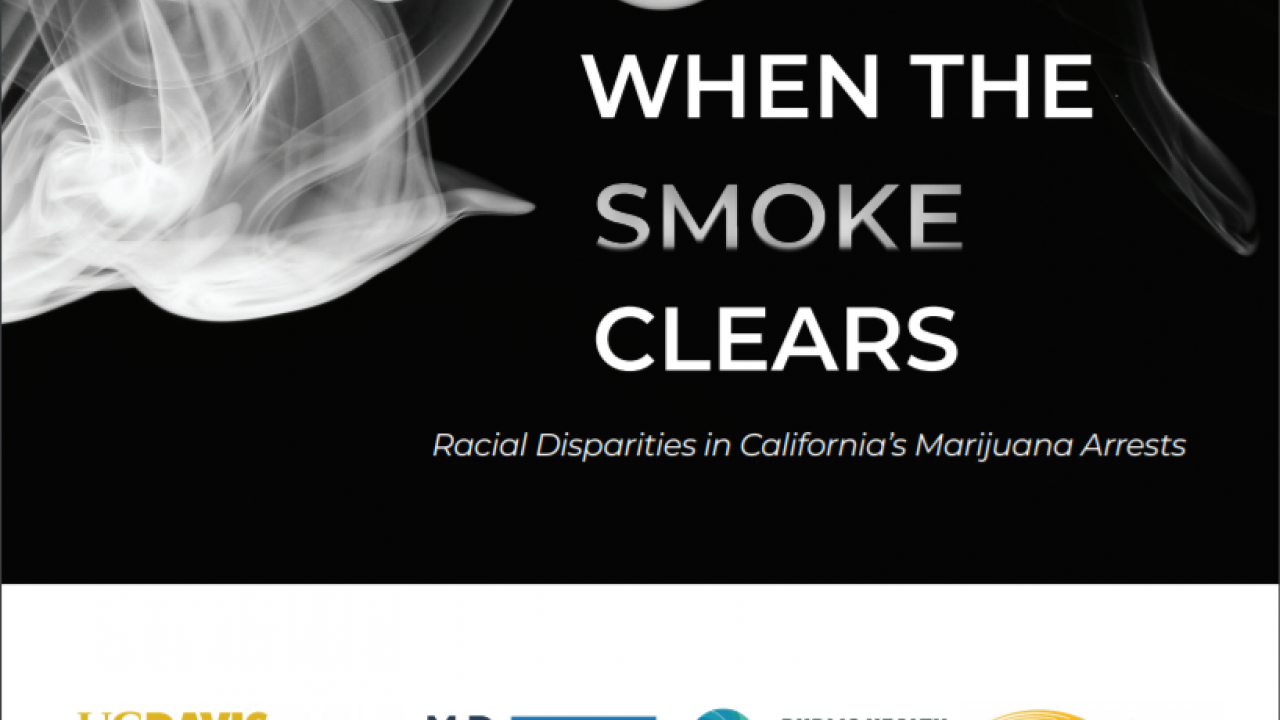 This report was commissioned by Public Health Advocates and prepared by the University of California, Davis, Center for Regional Change (CRC). This report documents racial disparities in marijuana arrests in California from 1996-2016 based on an analysis of data from the California Department of Justice Criminal Offender Record Information. To enrich the report, CRC collaborated with Million Dollar Hoods (MDH) at the University of California, Los Angeles, to document disparities in marijuana-related arrests at the tract level in select law enforcement agencies in California.

· The number of marijuana-related arrests and the type of charges has changed over time. However, racial disparities have persisted, such that Blacks are still nearly four times more likely to be arrested and charged with marijuana crime than whites.

· Among the cities included in this analysis, cities’ of South Gate, Newport Beach, Torrance, Glendale, Long Beach, San Francisco, Richmond, Santa Monica, Baldwin Park, Whittier, Pasadena, Palo Alto, Mountain View and Downey had a relatively high average black arrest rate. They also have high disparities with a high average black-white ratio. For instance, the city of South Gate had a very high disparity, with a Black-white arrest rate ratio of almost 26 to 1. It also had a very high arrest rate for Blacks, at 422 per 100,000 people. Not all arrests by police are of city residents; however, lacking information about where the arrested persons live, this is our best estimate.

· In collaboration with MDH, this report documents booking/arrest rates at the tract level based on the home address of the individual for four LEAs: Kern County Sheriff’s Department, Sacramento County Sheriff’s Department, Long Beach Police Department, and Los Angeles Sheriff’s Department. Across the four LEAs, Sacramento and Kern have the highest arrest/booking rates at the tract level. In these LEAs, the majority of the tracts with the highest arrest/ booking rates are also considered severely disadvantaged communities. The California Department of Water Resources defines a ‘severely disadvantaged community’ as a community with an annual median household income that is less than 80% of the statewide MHI.